Levon Ter-Petrosyan: As soon as Russians leave Artsakh, not a single  Karabakh citizen will remain there 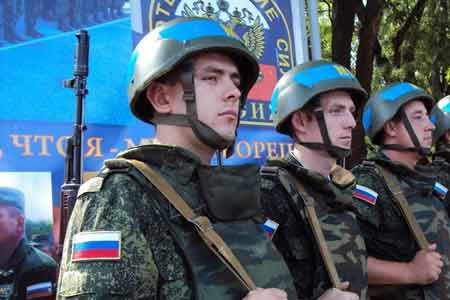 ArmInfo.95% of the population has a false idea that the Russian peacekeeping forces will leave Nagorno-Karabakh in 5 years. The first President of Armenia Levon  Ter- Petrosyan stated this on June 10 during a press conference in  Yerevan.

According to him, this is not so, since in the trilateral statement  of November 9, 2020 clearly indicates that after 5 years the document  will be automatically extended for another 5 years, if six months  before the expiration of the agreement, one of the parties does not  oppose.  "It's naive to think that they came for 5 years, and then  empty-handed leave. Read the document carefully, "Ter-Petrosyan said.   At the same time, the first president of Armenia is convinced that as  soon as the Russiansleave Nagorno- Karabakh, not a single Karabakh  will remain there.  "Now we need to do everything to keep the  Armenian population in Karabakh. Today there are about 30 thousand  refugees from Artsakh in Armenia, and now we need to do everything to  bring them back home.  We need to increase assistance to Artsakh and  everyone should get involved in this work. Interests of Armenia and  Russia on the issue of preserving the Armenian population in  Nagorno-Karabakh coincide. As soon as there are no Armenians in  Artsakh, the Russians will have to leave, "Ter-Petrosyan said. He  also believes that Russia can leave Karabakh only when there is a  security atmosphere there.

Speaking about the Armenian-Russian relations in general,  Ter-Petrosyan stressed that the basis of bilateral relations is an  excellent legal basis. "This is a brilliant document, signed in 1997,  during my time in power.  If this document did not exist, we would  have lost even earlier in the Karabakh issue and Nikol (Pashinyan -  ed. note) would have been more fortunate, all this would happen not  with him, "said Ter-Petrosyan.  At the same time, the first president  of Armenia stressed that the South Caucasus falls under the sphere of  influence of Russia, which is recognized by the West as well, and no  one will dare to somehow change this well-known fact.