You can`t talk about ballet, you need to watch it: Ballet dancer,  choreographer Vilen Galstyan passed away 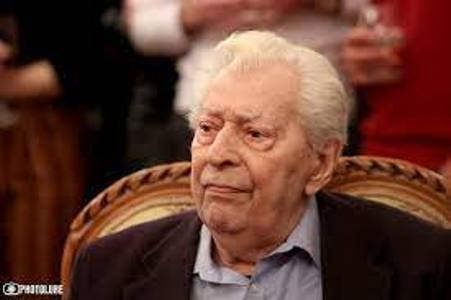 As reported by the Ministry of Education, Science, Culture and Sports  of Armenia, in connection with the death of Vilen Galstyan, a  government commission on organizing the funeral was created by the  decision of RA Acting Prime Minister.

The civil funeral service will take place on June 7, 6: 00pm -8: 00  pm at the National Academic Theatre of Opera  and Ballet named after  A. Spendiaryan, the farewell ceremony will be held on June 8 from 12:  00-2: 00 pm, and the funeral will be held in the Central Cemetery of  Yerevan (Tokhmakh).

Vilen Galstyan was the first Armenian who loudly declared himself on  the world ballet stage. In one of his interviews he once said that  you can't talk about ballet, you need to watch it. For many years he  was a soloist not only of the Armenian State Academic Opera and  Ballet Theater, but also danced on the most famous stages of the  world. At forty he left the stage, but, fortunately for the audience,  he did not leave ballet, devoting himself entirely to choreography.

Vilen Galstyan was born on February 12, 1941 in Yerevan. Since 1959,  after graduating from the Yerevan Choreographic School, he was an  artist of the Tbilisi Opera and Ballet Theater named after A.  Paliashvili.  From 1961 to 1972 performed on the stage of the  Spendiarov Academic Opera and Ballet Theater. In 1972- 1975 he was  the artistic director of the ballet troupe, later the chief  choreographer of the theater. Since 1999 he taught at the Yerevan  Institute of Theater and Cinema. From 1999-2000 he taught at the  Seoul Ballet University. Since 2004 - Director of the Yerevan State  Choreographic College.  Fans of Vilen Galstyan's work still remember  the characters he embodied on stage: Spartak - from the ballet of the  same name by Khachaturian (1961), Armen - from "Gayane" Khachaturian  (1974), Albert - from "Giselle" of Adana (1961), Byurat - from  "Eternal idol" E. Hovhannisyan (1966), David - from "David of  Sasunsky" (1976) and others.