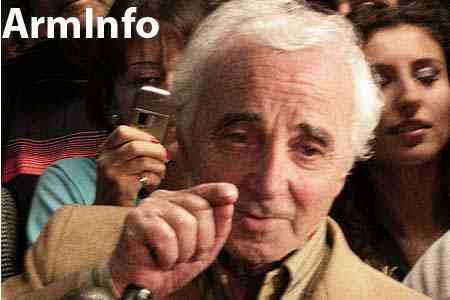 ArmInfo.Today - on the birthday of the world famous Frenchman of Armenian origin Charles Aznavour, a bust of the chansonnier was installed in Stepanakert.

Charles Aznavour (Shahnour Vaghinag Aznavourian) was born on May 22,  1924, in Paris, and died on October 1, 2018, at his home in the south  of France. Charles Aznavour is the pride of the Armenian people.  During his music career he recorded about 1200 songs in different  languages: French, English, Italian, Spanish, German, Armenian,  Russian, Neapolitan.  Moreover, he wrote or co-wrote more than 1,000  songs for himself and others. One of France's most popular and  enduring singers,Aznavour sold between 180 and 200 million records  during his lifetime, making him one of the best-selling music artists  of all time. He is one of the most famous French singers.