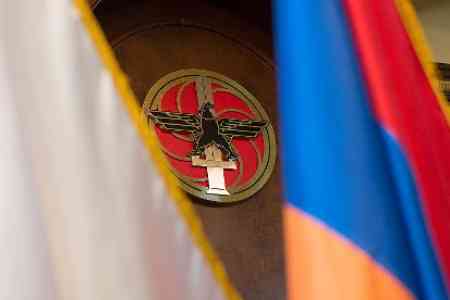 ArmInfo. The Republican Party of Armenia (RPA) and Arthur Vanetsyan's Homeland party signed today a memorandum on the formation of a new "I have the honor" bloc.

During his speech at the solemn ceremony of signing the memorandum, the third president of Armenia, leader of the RPA Serzh Sargsyan emphasized that in order to resolve the current situation in Armenia, it is necessary to unite the efforts of sound political forces, which will fight side by side against the government of evil, uniting all organizational, professional, intellectual and other opportunities and resources to restore faith in the state and hope for tomorrow.

"The Armenian always walked with his head held high, as the heir to a victorious people. We will bring back this pride. Nothing is impossible. Our mission is to, together with other political forces, remove the capitulators from power in the name of the future of our children, "he said.

During the ceremony it was noted that Artur Vanetsyan was nominated for the post of RA Prime Minister from the "I have the Honor" bloc.

It should be reminded that early parliamentary elections in Armenia are scheduled for June 20 this year.