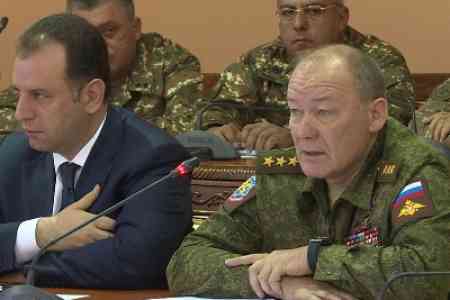 ArmInfo. Commander of the Southern Military District of the RF Armed Forces, General of the Army Alexander Dvornikov arrived in Armenia.

According to the press service of the Ministry of Defense of Armenia,  Dvornikov was received by the acting Defense Minister of Armenia  Vagharshak Harutyunyan.

The parties discussed the crisis in Syunik and the ways of overcoming  it, touched upon the reforms that started in the RA Armed Forces, and  also discussed issues of regional security. The interlocutors highly  appreciated the level of military cooperation between the parties and  expressed confidence that the planned projects will be implemented in  full and on time.

The 102nd Russian base stationed in Gyumri is part of the Southern  Military District.