Opinion: Azerbaijan, through its actions in Syunik and Gegharkunik,  is trying to put pressure on Armenia and Russia to speed up the  solution of the Southern Corridor 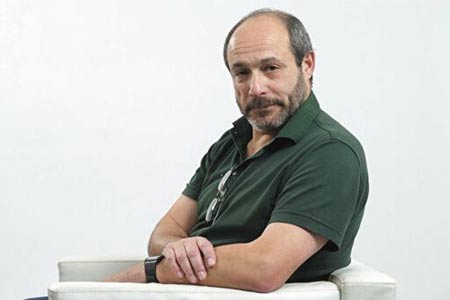 ArmInfo. By its actions in the direction of Syunik and Gegharkunik, Azerbaijan is trying to put pressure on Armenia and Russia to speed up the solution of the  Southern Corridor. A specialist on the Caucasus, Vadim Dubnov  expressed this opinion in an interview with an ArmInfo correspondent.

According to the expert, what is happening now is absolutely  undesirable for the current government headed by the acting Prime  Minister Nikol Pashinyan, who somehow managed to force the country to  come to terms with the situation. Dubnov believes that by such  actions, Azerbaijani President Ilham Aliyev is trying to get what he  could not bargain for in the negotiations.

He stated that just a week ago, Russian Foreign Minister Sergei  Lavrov was in Yerevan, then he was in Baku and, apparently, the key  issue of the backstage talks was the issue of prisoners of war.  "Azerbaijan failed to get what it wanted and apparently decided to  put pressure on," Dubnov said.

At the same time, the expert is not sure that the Azerbaijani forces  will return to their original positions. "I am not sure that they  will leave, since there are no real maps. But from this point of  view, the Azerbaijanis are playing a sharp game, since they have the  same problem with Georgia today. But, apparently, the Azerbaijani  authorities have decided to take this step on the rise," noted  Dubnov.  At the same time, he believes that in this way Azerbaijan  also rushes Armenia to carry out the demarcation and delimitation of  the border, which the Armenian side is now avoiding in every possible  way. Dubnov stated that by a similar method, for example, the  Russians are operating in South Ossetia in order to force Tbilisi to  start demarcation work.

It should be noted that on May 12, a group of Azerbaijani soldiers  consisting of 150-200 people illegally entered the territory of the  Syunik region of the Republic of Armenia, and having advanced 3.5 km  into the depths of the country, they are trying to gain a foothold at  Lake Sevlich. Since May 12, negotiations have been held between the  parties, but the issue has not yet been resolved. The Armenian  authorities confirmed this fact only on the night of May 13 during a  meeting of the Security Council.  The military prosecutor's office  instructed the military police to conduct a comprehensive  investigation of the incident to prepare materials.  Meanwhile, on  the evening of May 13, the Azerbaijani Armed Forces tried to ensure  positional advances in the direction of Sisian and Vardenis.  Yesterday in the evening, the Prime Minister of the Republic of  Armenia informed about the presence of 240-250 Azerbaijani soldiers  on the territory of the Republic of Armenia and instructed to hold  consultations for the relevant responsible persons to apply for help  to the CSTO.