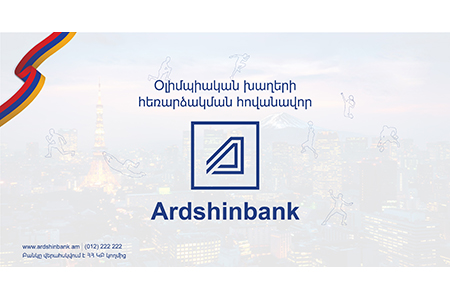 ArmInfo.Ardshinbank became the sponsor of the Tokyo Olympic Games live broadcasts on Armenia’s Public Television. The cooperation agreement provides for the bank to sponsor all broadcasts of the Olympic Games on Channel One.

According to Artak Ananyan, Chairman of the Management Board of Ardshinbank, the bank has always promoted the popularization of culture, sports and education in Armenia. “The achievements of Armenian athletes in any international tournament, especially in the Olympic Games, have gone a long way toward stimulating sports, physical training and a healthy lifestyle in our country. Of course, we want our Olympic team to return home with a victory,” A. Ananyan said.