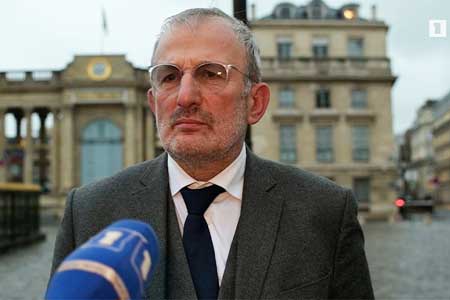 ArmInfo.Francois Pupponi, deputy of the French National Assembly, vice-chairman of the  France-Artsakh friendship group, strongly condemns the unprecedented  military provocation of Azerbaijan against Armenia. He, in  particular, wrote on his Facebook page:

''What had to happen happened. A few days ago, during my trip to  Armenia and Artsakh all the government officials I met warned us of  the will of the Azeris and Turks to invade southern Armenia to allow  for traffic between their two Country. I understood the risk was  real.

After the murderous war against Artsakh, Azerbaijani troops just  entered several kilometres inside the borders of the Republic of  Armenia, Syunik region. I strongly condemn this unprecedented  bellicist provocation from Azerbaijan and call on to act quickly to  end this further escalation and prevent the very serious consequences  it can have''.

It should be noted that yesterday a group of Azerbaijani soldiers  consisting of 150-200 people illegally entered the territory of the  Syunik region of the Republic of Armenia, and having advanced 3.5 km  into the depths of the country, they are trying to gain a foothold at  Lake Sev lich. Negotiations have been held between the parties since  yesterday, but the issue has not yet been resolved. The Armenian  authorities confirmed this fact only at night during the session of  the Security Council. The military prosecutor's office instructed the  military police to conduct a comprehensive investigation of the  incident to prepare materials.