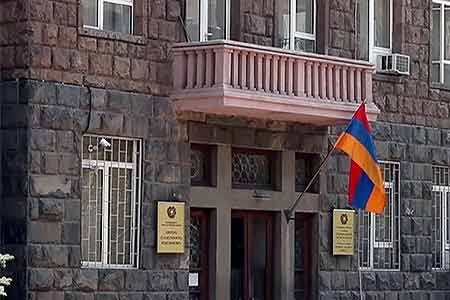 ArmInfo. The National Security Service of the Republic of Armenia (NSS) officially informs that the information disseminated in the media and social networks about the  hostilities unfolding and taking place in the territory of Syunik  region does not correspond to reality.

"Taking into account the public concern about the dissemination of  this information, the NSS of Armenia strictly warns against spreading  misinformation, sowing panic among the population, provoking  unnecessary tension and informs that such actions will have  appropriate legal consequences using the most stringent tools. The  bodies of the NSS again call to refrain from disseminating unofficial  and inaccurate information and to rely solely on official messages,  "the RA NSS stressed.

Meanwhile, the Armenian Defense Ministry assured that the information  spread in the press "about the battles in the direction of  Ishkhanasar" does not correspond to reality. At the same time, they  confirmed that the Armed Forces of Azerbaijan, today, on May 12,  under the pretext of "clarifying the borders" tried to carry out  certain activities in one of the border regions of Syunik. "After the  measures taken by the Armenian units, the Azerbaijani military  stopped these works. At the moment, negotiations are underway to  resolve the situation," the RA Defense Ministry stressed.