Lilit Makunts: De-occupation of Shushi, should become an important  priority 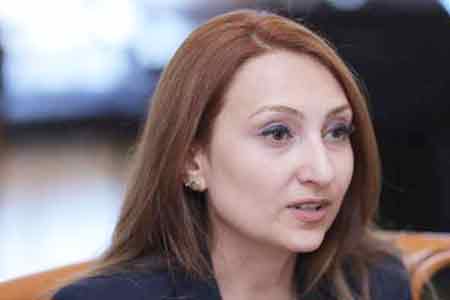 ArmInfo.Love for Shushi should have a consolidating role, said the head of the ruling parliamentary faction Lilit Makunts, on May 11 at the National Assembly, where the  works of Armenian architects from Shushi are presented, who were able  to implement their architectural ideas, in particular, in the city of  Baku.

"The issue on the agenda, which is on the negotiating table today -  the task of de-occupation of Shushi, should become an important  priority for us," she said.  The organizer of the exhibition,  independent MP Taguhi Tovmasyan, noted that thanks to the Armenian  architects, Baku has turned into a large administrative and  industrial center of the Transcaucasus.