Pashinyan on the 44-day war: Armenia crossed the point of no return  by April 2018 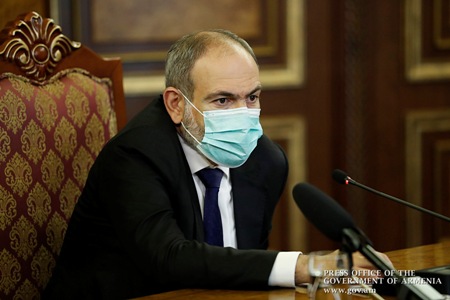 ArmInfo. Acting Prime Minister Nikol Pashinyan considers 44-day war and developments around the Karabakh conflict the biggest omission of his government. He stated this on  May 10, from the rostrum of the parliament, answering the lawmaker's  question about "what he considers the main achievement and omission  of his cabinet."

According to Pashinyan, mentally returning to 2018 and analyzing  developments around Artsakh, he concludes that by April 2018 the  republic had crossed the point of no return. In this case, the acting  head of the government did not elaborate, referring to the fact that  "he has repeatedly spoken about this."

"I think the most important achievement of our government is that we  have returned to the citizen of the Republic of Armenia, the only  sovereign of power, the right to decide the future of the country,"  Nikol Pashinyan concluded.