Attempt number two: Special session of the parliament on the  "non-election" of the prime minister started 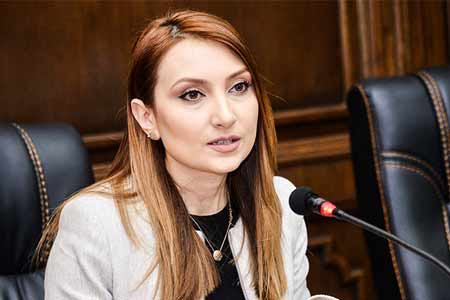 ArmInfo.A special session of the parliament on the issue of "non- election" of the prime minister has started in Yerevan on May 10.

Lilit Makunts, the head of the parliamentary majority, the My Step  faction, said that the ruling bloc for the second time nominated a  candidate for acting Prime Minister with the aim of further  dissolving the National Assembly.

According to the agreement with the parliamentary forces and the RA  President, today, as well as a week ago, the only candidate for the  post of Prime Minister will be acting Prime Minister Nikol Pashinyan,  nominated by a parliamentary majority. He will not be elected prime  minister again, and then the National Assembly will be dissolved by  virtue of law.

On May 3, from the rostrum of parliament, Pashinyan warned "certain  forces" against violating the agreements on holding early  parliamentary elections. According to him, there was a lot of  speculation that at some point, or at the second stage of the  elections, certain forces will try to develop a scenario different  from the previously reached agreements. "" If there are such  attempts, we have ready-made solutions - at the second stage "My  step" will choose the prime minister, "Nikol Pashinyan said.