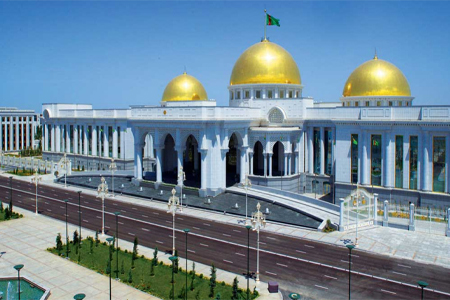 ArmInfo.President of Turkmenistan Gurbanguly Berdimuhamedov and President of the People's Republic of China Xi Jinping had a telephone conversation.

At the beginning of the conversation, the head of the friendly state once again expressed deep condolences to the Turkmen leader over the terrible loss - the death of the Turkmen leader’s father Myalikguly Berdimuhamedov and conveyed words of sincere sympathy on behalf of the people of China.

Thanking the President of the People's Republic of China for the condolences, the President of Turkmenistan underlined that he highly appreciated the support provided and valued the fact that in these difficult days the people of China and its leader share deep sorrow and bitterness of the loss.

The leaders of the two states discussed the prospects for Turkmen-Chinese cooperation, which successfully develops on a bilateral and multilateral basis, and also exchanged views on some issues of the international and regional agenda.

The head of the friendly state emphasized the importance of bilateral relations with Turkmenistan, as well as promotion of coordinated interaction in the international arena.

The leaders of the two countries, Gurbanguly Berdimuhamedov and Xi Jinping, expressed satisfaction with the high level of the interstate dialogue achieved in recent years, underlining the interest of Turkmenistan and China in building up productive cooperation in the political, diplomatic, trade, economic, cultural and humanitarian spheres, taking into account the accumulated rich experience of successful partnership and the existing tremendous potential.

Highly evaluating relations with the People's Republic of China, which is one of the major economic partners of Turkmenistan, the President of Turkmenistan noted that our country attached great importance to the further development of bilateral ties, which are traditionally based on the principles of equality, mutual respect and mutual observance of interests.

Trade and economic sphere, transport and communications, the textile and chemical industry were specified among the key areas of cooperation.

The oil and gas sector was specified as a priority area of bilateral economic cooperation.

It was also underlined the importance of expanding relations in the humanitarian sphere, in particular, in the field of science, education, culture, sports and tourism.

President Gurbanguly Berdimuhamedov also emphasized that the interstate dialogue was complemented by fruitful cooperation between the two countries within the framework of authoritative international organizations, primarily the UN. As it was emphasized, Turkmenistan intended to continue cooperation in this direction.

The heads of the two states expressed confidence that the practice of regular contacts at the highest and intergovernmental levels would directly contribute to strengthening the multifaceted Turkmen-Chinese dialogue based on long-standing ties of friendship.

In this context, the President of Turkmenistan expressed gratitude to the PRC President for active cooperation in the medical sphere.

At the end of the telephone conversation, President of Turkmenistan Gurbanguly Berdimuhamedov and President of the People's Republic of China Xi Jinping once again exchanged good wishes, addressing the peoples of the two countries the wishes of peace, stability and success on the chosen path of state development.