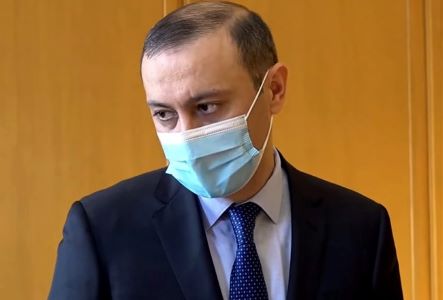 ArmInfo. The statement of the third President of Armenia, Serzh Sargsyan, that he planned to purchase a large batch of unmanned aerial vehicles, but the new authorities  refused to purchase them, is a lie. Secretary of the Security Council  of Armenia Armen Grigoryan stated this on May 6 in an interview with  journalists.

According to him, if during 2016-2018 Sargsyan's government acquired  "X" number of UAVs, then the new government for 2018-2020 purchased 7  times more of this amount. "When the data are published, you will see  that military expenditures were increased in all directions - in the  first year alone, the budget was increased by 102 billion drams - to  309 billion drams," he said.

At the same time, Armen Grigoryan stated that Baku was consistently  building up its military budget, while Yerevan was not doing anything  in this direction. According to him, the data, which will soon be  published, will confirm that during 2018-2020, in contrast to  2016-2018, the new government purchased weapons in all directions.  "And we were defeated due to the fact that no similar work has been  carried out over the past 10-20 years," he said.

So, according to him, if during the reign of Serzh Sargsyan, Armenia  acquired, conditionally, 50 units of some kind of weapon, then the  Pashinyan government acquired the same weapon in the amount of more  than 300 units.