Latvia recognized the fact of the Armenian Genocide 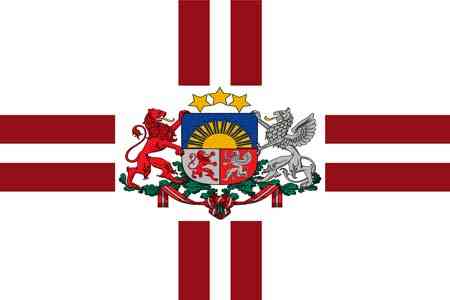 According to the message of the Armenian Embassy in Latvia, 58 out of  100 members of the Saeima (Parliament) voted for the resolution.

As Ambassador of Armenia Tigran Mkrtchyan, who is completing his  diplomatic mission in the Baltic States, wrote on his Facebook page:

Already on April 24th, 2020, two political forced of the Latvian  Saeima, which are also members of the ruling coalition- the parties  of "New Conservative" and "Development/For!" had made statements  acknowledging and condemning the Armenian genocide.  Representatives  of these forces, as well as "Harmony" party since February, 2021  initiated the process of the recognition of the Armenian genocide, as  a result of which a first draft declaration was introduced to the  Saeima on April 23. On April 29th the initial version of the  declaration was postponed for a week with amendment proposals.  Another version of a declaration was tabled by the Foreign Affairs  Committee, around which an intensive debate ensued and on which there  has been active parallel work (by the Committee) going on for more  than two months now. I would like to specially thank the Deputy  Speaker of the Latvian Saeima.>

The resolution specifies the legal basis for the recognition of the  Genocide, which became the 1948 UN Convention on the Prevention and  Punishment of the Crime of Genocide. "The Saeima of Latvia condemns  the crimes committed by the Ottoman Empire against the Armenian  people, murders and forced deportations; honours the memory of all  victims of the Armenian genocide and pays its respects to the  survivors; maintains, that open and free discussions about historical  questions are inseparably connected with the development of a healthy  and mature democracy; appeals to the international community to  evaluate these historical events and look into a future which we want  to build free of violence and intolerance - a future where the human  rights are respected and every individual can be free, safe and  secure, "the document says.