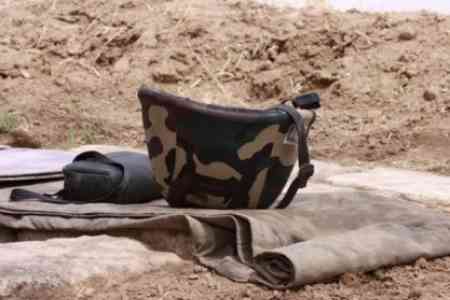 ArmInfo.A conscript soldier of the Armenian Armed Forces died in one of the combat positions located in the southern direction of the state border.

As reported by the press service of the RA Ministry of Defense, the  incident took place at 8:00pm local time on May 4 during the change of  duty at the combat post. Soldier Artem Melkonyan (born in 2002,  drafted from the Gegharkunik military registration and enlistment  office) received a lethal firearm as a result of violation of the  rules for handling military weapons. An investigation is underway on  the fact.

The RA Defense Ministry expressed condolences to relatives and  friends in connection with the grievous loss.