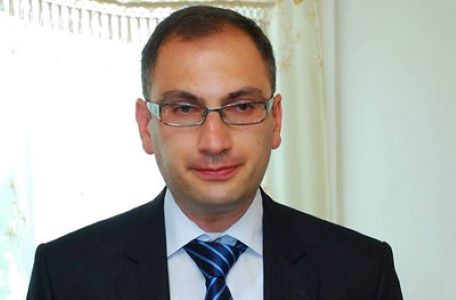 ArmInfo. Stopping and preventing the outflow of the population from Armenia requires a set of measures. First of all, the stabilization of the internal political situation  and, as a consequence,  the political system.

An expert of the Armenian Institute of International Relations and Security,  demographer Artak Markosyan, expressed a similar opinion to ArmInfo.   "In other words, all political forces, society must accept the  results of the upcoming early elections. After that, as soon as  possible, the newly formed government should take up its direct  functions. Given the existence of a number of problems with the  formation of a security environment, socio-economic problems, related  problems, I think there is no need to say that the new government  should consist exclusively of high-level professionals, "he stressed.

According to the expert, demography derives from the presence or  absence of these problems, from the degree of their severity and the  speed of resolution. In this light, Markosyan noted the extremely  narrow period of time allotted for their decision by the new  government of Armenia. Moreover, the deepening of existing problems,  the emergence of new ones threatens in that regard with unpredictable  threats. In this light, the demographer noted improvement of life in  the regions of the country as one of the necessary priorities of the  future government.

Only in this way, according to the expert's forecasts, it will be  possible to bring the standard of living in the regions closer to the  standard of living in the capital. Thus, according to his estimates,  the government will be able to stop, including internal migration  from the regions to Yerevan, which, according to the demographer,  today is a very important factor that threatens the country's  national security.  In this light, Markosyan noted that most of the  young people from the regions who graduated from universities in  Yerevan prefer to stay in the capital, rather than return. In this  light, a natural question arises - how to develop regions, make  investments there in the absence of normal specialists on the ground?  The answer to this question, in his opinion, requires comprehensive  work towards the general stabilization of the situation in Armenia.

"Today, I do not see any serious tendencies in favor of the growth of  permanent migration from Armenia.  Migration is mainly of a labor  nature. However, it is very important to note here that if the  situation still does not normalize, no one can guarantee that labor  migration does not transform into final migration. And there is only  one solution here - it is immediate stabilization in the internal  political, socio-economic life of the country. And, of course, the  creation of a normal security environment, "the demographer summed  up.