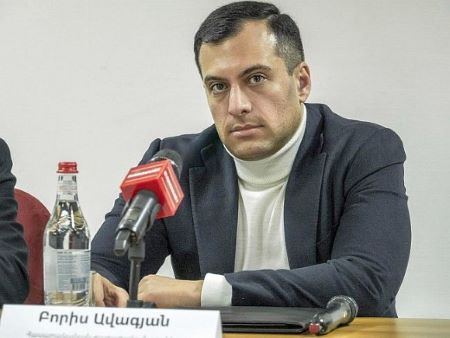 ArmInfo. Boris Avagyan was dismissed from his post in the State Emergency Service of Artsakh after the assessments voiced during today's hearings on the issues of  prisoners of war in the Armenian parliament.

It should be noted that the representative of the President of  Artsakh, Deputy Director of the State Emergency Service of the  Ministry of Internal Affairs of Artsakhformer deputy mayor of Artik  Boris Avagyan on April 19, at the discussions on the issues of  prisoners of war in the National Assembly of Armenia, sharply  criticized the actions of the RA authorities, including on issues of  interaction with the Russian side. He also confirmed the words of the  commander of the Russian peacekeeping contingent in Nagorno-Karabakh,  Rustam Muradov, that the return of a group of prisoners of war from  Azerbaijani captivity was not planned on April 8, and that it was  speculation.

"For the opinions expressed at a press conference in Yerevan, by the  order of Artsakh Minister of Internal Affairs Karen Sargsyan, Boris  Avagyan was relieved of his post as Deputy Director of the State  Emergency Service.

B. Avagyan did not inform the higher management about the press  conference organized by himself and on behalf of the Service spoke on  the topics beyond the scope of his authority.  Most of the thoughts  and opinions expressed by B. Avagyan not only do not reflect the  position of the Ministry of Internal Affairs and the State Service  for Emergency Situations, but also do not correspond to reality.

It is worth noting that while the State Emergencies Service of  Artsakh confirmed that Avagyan was in their service, the apparatus of  the Artsakh President announced to everyone that he was not in the  service of the NKR anywhere.

Thus, the press secretary of the Artsakh President Lusine Avanesyan  assured that Boris Avagyan does not occupy any positions in Artsakh  and cannot be represented as an advisor to the NKR President on a  voluntary basis. She added that Avagyan was dismissed from his post  back in March.