State Emergency Service of Artsakh: POWs` parents trust only  information from the Russian side 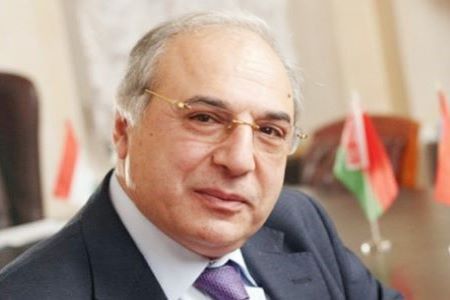 ArmInfo. POWs' parents are convinced that they can get reliable information about their children only from the Russian side. On April 19, at the discussions on the  issues of prisoners of war in the National Assembly of Armenia, said  Assistant to the Head of the State Emergency Service of the Ministry  of Internal Affairs of Artsakh Harut Avagyan.

Thus, on the proposal of one of the Armenian lawmakers to make a  statement and urge the parents of prisoners of war not to travel to  Artsakh in search of answers to questions about their loved ones,  Avagyan noted that he cannot do this, since this is the right of  these parents.

"We cannot prohibit them from receiving information from those  sources they trust. And they only trust the messages of the Russian  side. They come to Artsakh and appeal to the command of the Russian  peacekeeping contingent in Nagorno-Karabakh. They do not apply to  international organizations for example, they do not apply to the  International Committee of the Red Cross, but turn to General Rustam  Muradov, since the Russian side has never lied to them and did not  give promises that it did not fulfill, "Avagyan said.

At the same time, he expressed his conviction that it is necessary to  stop speculation on the issue of prisoners of war. "There should be  clear, official information, without any speculation. As for the  plane, which supposedly was to bring the prisoners, but arrived  empty, there were also speculations, it is not clear who initiated  them. There was just a regular working visit of Muradov to Baku,  "said the assistant to the head of the State Emergency Service of  Artsakh.

He also called unacceptable speculations on the part of some  lawmakers from the ruling My Step faction associated with Russia.  "It's not normal when lawmakers tell the parents of prisoners of war  to go to the Russian embassy and ask the Russian ambassador to raise  this issue with the Russian leader. I don't think it is right for a  lawmaker to send his citizens to the embassy of a foreign state for  help.

In addition, I do not understand when there are insults or  accusations against an ally. When you have an ally who helps you in  everything, and then your state official allows himself to use  expressions that offend the peacekeepers and does not even receive a  reprimand for this, it is unacceptable, "he said, recalling that he  dealt with the issues of 62 prisoners of war from the Shirak region.

The representative of the State Emergency Service of Artsakh was also  unable to answer the question of who from Armenia is authorized to  deal with the issues of prisoners of war. He noted that he did not  know anything about this.

At the same time, referring to the issue that Baku is refusing to  return Armenian prisoners, stating that they do not have them,  Avagyan expressed his conviction that these are only nominal  statements aimed at avoiding the implementation of the 8th paragraph  of the trilateral statement. "From an international point of view,  the Azerbaijani enemy state declares that they have no prisoners,  there are only terrorists. But then how did they return those 8  citizens from the Shirak region? After all, they were also captured  after the signing of the trilateral statement," he said, reiterating  the important role of the head of the Russian peacekeeping contingent  in the efforts to return the Armenian prisoners, adding that the  leadership of the Russian Federation highly appreciates these  efforts, and there will soon be positive news regarding the  assessments of these efforts.

"But you need to understand that when the enemy side proposes to sign  a peace agreement with Armenia, while refusing to return the  prisoners of war, meanwhile, the process of unblocking communications  is underway - this means that there are red lines. It is very  important that the actions of the Azerbaijani side do not lead to the  fact that these red lines have been crossed. This can lead to  unexpected consequences.  The pain of the parents cannot be ignored,  "Avagyan said, adding that the Azerbaijani side cannot put forward  any preconditions to the Armenian side, and if there may be any  conditions in this matter then only the return of all Armenians held  in Azerbaijan.

Avagyan also called fake reports that Azerbaijanis can come to  Stepanakert, walk around and shop there calmly. According to him,  with the same success, they can make purchases in Baku.