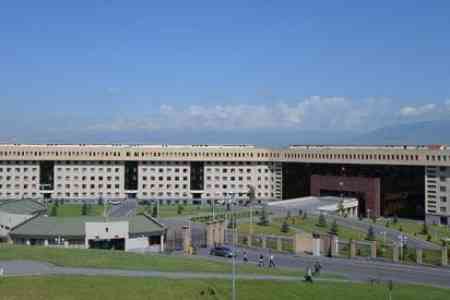 ArmInfo. Chief of the General Staff of the Armed Forces of the Republic of Armenia, Lieutenant General Artak Davtyan received the Ambassador Extraordinary and Plenipotentiary of the Russian Federation to the Republic of Armenia Sergey Kopyrkin,  accompanied by the air attache of the Embassy, Colonel Andrey  Grischuk.

This was reported by the press service of the RA Defense  Ministry.  During the meeting, issues of the Armenian-Russian  bilateral cooperation in the field of defense were touched upon,  further programs for the development of military and  military-technical cooperation were discussed.