Artak Kamalyan: Armenia is ready to provide a site for the production  of up to 100 thousand doses per month of the vaccine "Sputnik V" 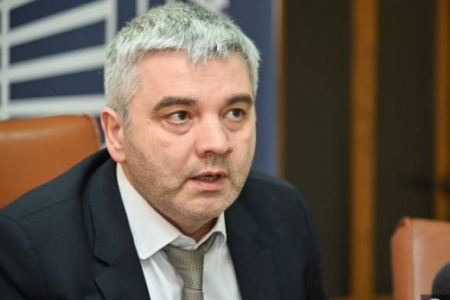 ArmInfo.  "According to my information, negotiations have been underway since  December. I hope that in the near future the negotiation process will  be completed and Armenia will move on to concrete implementation of  the project, "he stressed.

To remind, as ArmInfo previously reported, within the framework of  the EAEU, the Russian side proposed to Armenia to create a joint  venture for the production of "Sputnik V". Moreover, the Eurasian  Development Bank (EDB) is ready to undertake the financing of this  project. This proposal was also voiced by the official representative  of the Eurasian Economic Commission Iya Malkina. The information was  also confirmed directly in the EEC Industrial Policy Department,  noting that the Armenian side did not officially respond to the  proposal, only saying that the country, allegedly, is not able to  establish such production due to the lack of production capabilities  and necessary competencies.

Meanwhile, the Ministry of Health itself then informed that they did  not share the opinion that Armenia is not in a position to launch  'Sputnik V' production.

To note, Armenia has already imported 24 thousand doses of the  British-Swedish vaccines AstraZeneca and 15 thousand doses of the  Russian "Sputnik V". Soon as noted the head of the health department,  the delivery of the American-made Novavax vaccine is expected, and  there are also agreements with the Chinese side. Days earlier, the  Minister of Health of Armenia Anahit Avanesyan announced that an  agreement had been reached with the Russian Federation on the  purchase of 1 million doses of the Sputnik V vaccine. According to  her, it is planned to vaccinate 20% of the population in Armenia by  the end of the year.