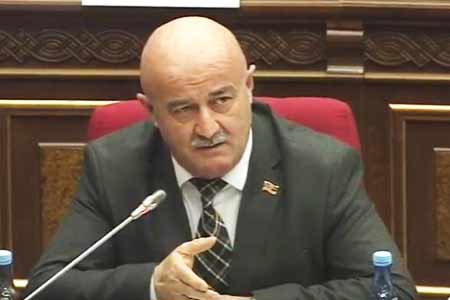 "In my personal opinion, we should move to a bicameral parliamentary  system. We will have an upper house, let's say of a hundred people,  in addition to this one. Half of these representatives will be from  Artsakh and this part of our Homeland (RA,ed.), and the remaining 50  people will be from all over the world, that is, from representatives  of our diaspora. They will meet once a year and perform certain  functions, " the deputy explained.

Aghazaryan noted that there are certain comments of lawyers on this  matter - that this idea itself contradicts the Constitution of  Armenia and international law, "Yes, there are questions, but we can  start with the Public Chamber - start forming it on this principle,  and gradually, as far as our Constitution and international law  allow, increase the powers of this structure, we will see where we  can come to," the pro - government MP concluded.