Forecast: Yerevan will not agree to a peace treaty with Baku now 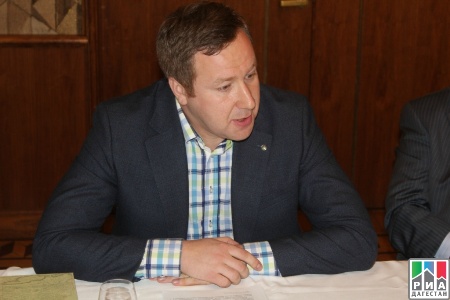 ArmInfo.For a number of objective reasons, Yerevan will not agree to a peace treaty with Baku now. Vadim Mukhanov, senior researcher at the MGIMO Center for  Eurasian Studies, expressed this opinion to ArmInfo, commenting on  the expectations periodically voiced from Baku.

On April 12, Azerbaijani President Ilham Aliyev once again announced  his plans to conclude a peace agreement with Armenia, complaining  about the absence of similar signals from Armenia. "The conflict is  resolved and we need to look to the future. If Armenia considers this  option, there will be many areas of activity for international  players in terms of demarcation, delimitation, interaction. I hope  that representatives of the OSCE Minsk Group will soon come to us  with some proposals, and we will study them very carefully, "Aliyev  said.

"It is clear that, proposing to Yerevan to conclude a peace  agreement, Baku first of all intends to finally close the page of the  Karabakh problem in the form in which it existed before the last war.  Of course, Baku intends to close the issue of the need to determine  the status of the unrecognized Nagorno-Karabakh Republic. However,  rather, it seems that further attempts to promote this idea will only  add oil to the Yerevan fire, "he predicts.

In this light, Mukhanov recalled that after the defeat of Armenia in  the 44-day war, the Armenian society refuses to recognize even the  agreements that ended the hostilities. Namely, the Tripartite  Statement of November 9th, which gives even more vague prospects for  the possibility of discussing some new agreements with Azerbaijan by  Armenia. Especially taking into account the fact that in the current  situation Yerevan clearly cannot count on much from such an  agreement.

"Early elections will soon be held in Armenia. Moreover, Prime  Minister Nikol Pashinyan made the decision to hold them under the  pressure of his political opponents. Accordingly, now the Armenian  authorities will not sign any agreement with Baku, especially in  their current dependent position. And of course, none of the Armenian  politicians will risk their future by concluding such an agreement,  "Mukhanov summed up.