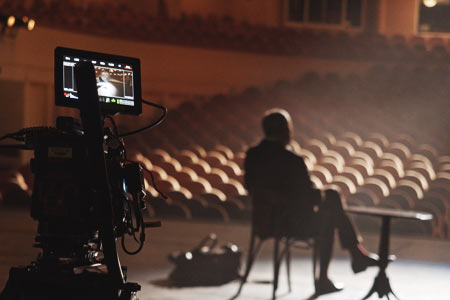 ArmInfo.The legendary Armenian brandy celebrates its redesign and presents “Under One Sky” movie. By this new artistic form, the brand illustrates its genuineness and eternal values, that continue to inspire.

The film of Alexander Hant “Under One Sky” will be launched online on April 8th.

Four parallel stories about main human values are happening in different countries with different heroes, who are experiencing the most important and the brightest moments of their lives. One of the main ideas of the film is the superiority and importance of sincere human connections in the light of which all the barriers between generations and conditionality of borders are faded out. As ARARAT always accompanies us during the most important moments of our lives. 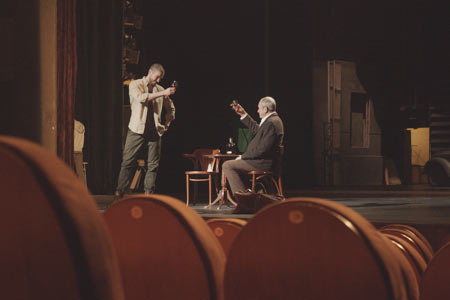 7 minutes of screen time show the heroes in different life situations and reveals all those things, which are reflected in the Legendary Armenian Brandy – true human values, which are passed from generation to generation and unite people, cities & countries across the globe.

With very refine brand integration this movie has been designed as a story about values – their importance and universality. Here the main human values are symbolically presented in the form of а guiding star, the light of which will always bring to the right decisions.

The film is launched in a very meaningful time, when almost each of us deeply realize the true importance of human connections. 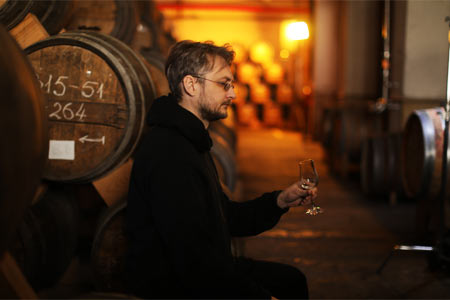 “What does unite people when the borders of many countries remain closed? Genuine beauty, moments of inspiration, the joy of creative work, and, above all, the stories, which brings closer generations and hearts. The new project of ARARAT “Under One Sky” is far more than just a movie. It is the first cinematographic project of the brand, that became possible in the result of ARARAT teams’ efforts in Eastern Europe. It is a unique, contemporary and emotional way to show all these things that unite us around ARARAT despite difference in generations and countries we live in. And of course, it is an unusual way to support the new range of ARARAT and demonstrate the uniqueness of duet of contemporary shape and values, that remain unchanging”, Karine Madelrieu, Marketing Director of Pernod Ricard Eastern Europe.

“Under one sky” is the first big project of ARARAT after its redesign. Earlier this year ARARAT changed its look, but the brand’s philosophy and values remain the same. True love to the work you do, mastery, respect of the traditions, hospitality, audacity on the way to the triumph and, most importantly,  the irreplaceability of the sincere human connections – all the ARARAT values are unique and universal at the same time. Year by year they unite more and more people, which illustrates one very important truth – value is a something, the power of which gets stronger ones you share it with others.

“Under One Sky” is the collaboration of the brand with the director Alexader Hant, who despite his young age already won significant international awards such us “Nika” and prize at KVIFF (Karlovy Vary International Film Festival). The partnership became possible mostly because mutually shared values. 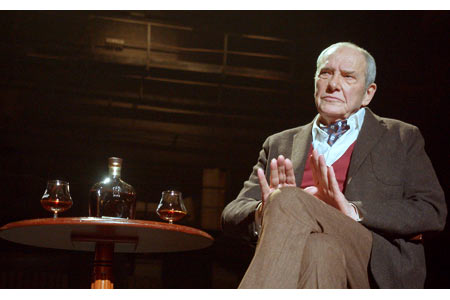 “We are living in difficult times, when people are drawing the borders. Our stories are to show that despite those borders we all live under the same sky”, Alexander Hant.

One of the important roles of the movie is embodied by ARARAT. Thus, one episode shows how Hamlet Antonyan, the real production director of Yerevan Brandy Company is tasting the spirit from one of the thousand barrels kept in the ageing cellars and symbolically talks to the previous generations of masters. This dialogue of times also ensures that the inherited values will also be transferred to the generations to come. This bright episode is important not only from the dramaturgic aspect, but also comes to showcase the real world of ARARAT the beauty of which is beyond any cinematographic lenses.

The world premiere of the film will take place on April 8th at 20:00 Yerevan Time (GMT +4) on the specially created platform www.underonesky.araratbrandy.com .

The choice of the channel allows to enjoy the movie despite geographic locations and underlines the combination of classic cinema and modern trends, which are inviting to reveal new facets for each generation.

“Under One Sky” is the movie which overcomes the space and borders. The movie which will stick you to the gadget screens for a couple of minutes. The film where almost everyone will find some familiar feelings.

The film which makes you to look at the sky!