Pashinyan on meeting with Putin: "In recent months, our relations  have become direct and direct" 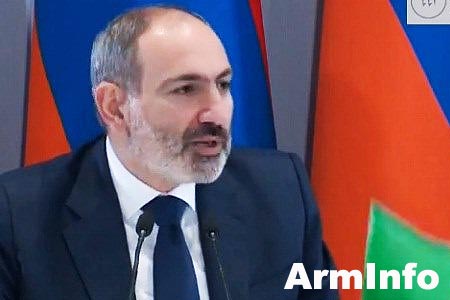 ArmInfo.Armenian Prime Minister Nikol Pashinyan  met with several dozen members of the Russian Association of Armenian  Lawyers during his official visit to Moscow.

He spoke about the  results of today's meeting with Russian President Vladimir Putin,  calling this meeting very productive.  According to Pashinyan, during  three and a half hours, he and Vladimir Putin discussed "almost all  the issues and nuances of the agenda".

According to Pashinyan, the meeting was productive. No documents were  signed, but the conversation was about a number of documents,  including in the field of security, and the further implementation of  previously signed documents. These documents or agreements are still  being implemented today.

Of course, we discussed the situation with the return of prisoners,  the agenda of discussions related to regional communications, what  results we have at the moment, in which direction we should move,  where we have completely identical views, where we should work to  bring the points of view closer.  So I think today's discussion is  very productive. The agenda of our discussions is so extensive that I  may miss something, but I will definitely return to them in the  future. "One thing is clear: the nature of the Armenian-Russian  relations is strategic; this strategic cooperation should be given  greater depth, taking into account the current challenges and  situations that we have," Nikol Pashinyan stressed.

When asked about the return of prisoners of war, the Prime Minister  stressed the need to fully implement article 8 of the November 9  Trilateral Declaration on the exchange of prisoners of war, hostages,  other detainees and the bodies of the dead. The Prime Minister  stressed that he has a full understanding with Russian President  Vladimir Putin on ensuring the return of prisoners, and that the  positions on the full implementation of this agreement coincide.   According to Nikol Pashinyan, an agreement was reached with the  President of the Russian Federation to conduct even more intensive  work on the return of prisoners. During the meeting, the Prime  Minister answered a number of questions of interest to the  participants of the meeting, which related to the war unleashed by  Azerbaijan against Artsakh, the current post-war situation, the  assistance provided by the Government of Armenia to the Armenians of  Artsakh, the process of resolving the Nagorno-Karabakh conflict. The  participants were also interested in the current regional situation,  as well as the internal political situation in Armenia, the upcoming  parliamentary elections, opportunities for the full realization of  the potential of the Diaspora in the context of putting this problem  on an institutional basis, and other topics.