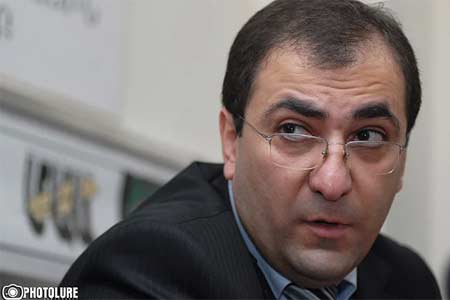 ArmInfo.  The Criminal Court of  Appeal canceled the measure of restraint against the former head of  the National Assembly apparatus Ara Saghatelyan.

According to lawyer Mihran Poghosyan, the judge released Saghatelyan  from custody for lack of reasonable suspicion. He was released right  in the courtroom.

To remind, by the decision of the Court of General Jurisdiction of  Yerevan chaired by Judge Anna Meliksetyan, former head of the NA  Staff Ara Saghatelyan was arrested for two months as part of the  scandalous case of the fake Gagik Soghomonyan. Saghatelyan was  charged under Article 226 (incitement to national, racial or  religious enmity), 226.2 (public calls for the use of violence,  justification of violence or propaganda of violence) and 307.4  (violation of the rules for publishing or disseminating information  during the period of martial law) of the RA Criminal Code. Other  defendants in this case are ex- parliamentary lawmaker, political  scientist, co-founder of the media holding "Qaryak Media" Karen  Bekaryan, Mher Avagyan and Aram Sargsyan. All of them were detained,  but the court rejected the NSS's motion to arrest them.