Armenia will not take part in Eurovision this year 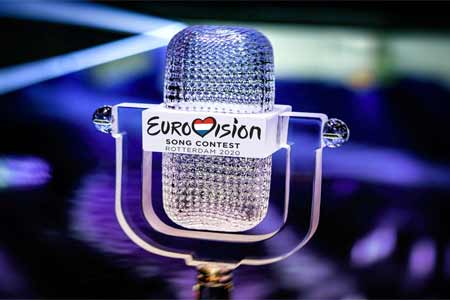 ArmInfo.  This year Armenia  will not participate in the Eurovision Song Contest. This is stated  in the message of the Public Television of Armenia.

At the same time, it is emphasized that such a decision was made  after comprehensive discussions and negotiations.

"The events that have taken place, lack of time and other objective  circumstances are incompatible with the proper representation of  Armenia in the song contest," the statement of the Public Television  says.  Recall that the 65th anniversary Eurovision 2020, which was to  be held in the Netherlands after the victory of the country's  representative Duncan Lawrence with the song <Arcade> at the 2019  competition held in Tel Aviv, Israel was canceled due to the COVID  pandemic -19. This was the first time the competition was canceled in  its entire history.

Recall that in the mid-1950s, the members of the European  Broadcasting Union (EBU) were "fired up" with the idea of creating a  spectacular entertainment program that would contribute to the  cultural unification of post-war Europe. In January 1950, the CEO of  Swiss Television, Marcel Besancon, proposed an international song  competition to determine the best song in Europe. His idea was  approved at the General Assembly of the EMU in Rome on October 19,  1955. The music festival in San Remo (Italy) was taken as a model.

The officially stated goal of the competition was: The Eurovision  Song Contest is an annual festival that is broadcasted across Europe  and was created to <to promote the emergence of talented and original  songs in the genre of pop music through competition between by  authors and singers and by comparing their work internationally>. In  fact, the show was simply meant to help increase the popularity of  television in the 1950s.

The competition, originally known as the "Eurovision Grand Prix", was  first held in the city of Lugano (Switzerland) on May 24, 1956. Seven  countries participated, each of which presented 2 songs. This was the  only time that one country presented more than one song. The  competition was won by the host country represented by Liz Assia with  the song <Refrain>.

Over time, the number of people wishing to take part in the  competition constantly grew, and their simultaneous performance  became impossible. Then it was decided to remove from the competition  held next year, the countries that showed the worst results. In 2004,  the competition was divided into a semi- final and a final, so that  all interested countries could participate in the competition. Since  2008, 2 semi- finals have been held.