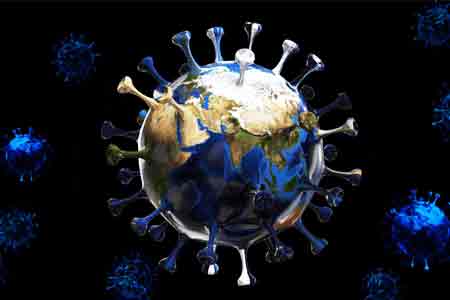 ArmInfo. Over the past day, 2,922 coronavirus tests were carried out in Armenia, of which the disease was confirmed in 491 cases (16.8%). According to the press  service of the Ministry of Health, 179 people recovered, died - 6.

The number of patients receiving actual treatment has now exceeded 5  thousand.In total, since the outbreak of the pandemic, 742,038  coronavirus tests have been carried out in Armenia, of which 173,307  citizens (23.4%) have recovered, 164,085 have recovered ( 94.7%), the  number of deaths reached 3,208 (1.8%).  In this regard, the Minister  of Health of Armenia, Anahit Avanesyan, at a government meeting on  March 4, said that the country is again witnessing an increase in the  number of diseases. In particular, according to her, if in  January-February of this year, out of the total number of citizens  who passed the coronavirus test, the disease was confirmed in 5-6%,  but now this figure has exceeded the 16% mark.

"According to our forecasts, the number of cases in Armenia will  increase," Avanesyan said. In this context, the Minister of Health  called on citizens to continue wearing masks, and to tighten control  measures by the authorized bodies over the observance of sanitary and  epidemiological rules. "This is not our decision, this is a common  approach that we must apply," the minister emphasized. She also said  that now Armenia is at the stage of signing an agreement on the  purchase of a vaccine with the Russian side.  "We are expecting the  delivery of the first batch of vaccine already this month," the  minister said.