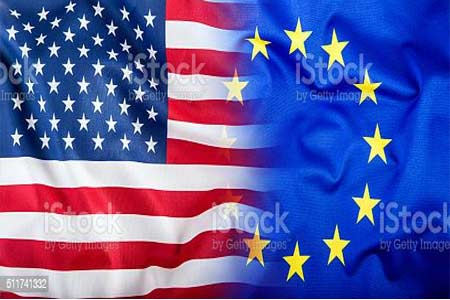 ArmInfo.The EU Delegation to Armenia has announced a new call for proposals for the project "Future-Oriented Results: Strengthening the Capacity and Resilience  of Civil Society in Armenia", under which additional 2.76 million  euros will be provided to civil society organizations.

According to the press service of the EU, the competition has two  components: the first concerns the further development of the  capacity of civil society organizations, and the second the  monitoring of reforms in the justice and police sectors with the  involvement of civil society.

Applications can be submitted until April 14 inclusive. Jumping  details can be found at the following link:  https://bit.ly/30doA5W.

It is also worth noting that RT today announced that the US State  Department will allocate $ 150 thousand to strengthen the partnership  between Washington and Yerevan. As specified in the document, the  funds will be spent on the implementation of programs that contribute  to the "development of interaction" between the two countries.

"All projects must contain an American cultural dimension or a link  with American experts, organizations and institutions specializing in  a particular field, which will contribute to a deeper understanding  of US politics and views," the text says.

The State Department believes that potential recipients of grants can  be involved in promoting the common values of the United States and  Armenia, as well as strengthening security in the region - among  other things, we are talking about the restoration of friendly  relations between Armenians and the residents of Turkey and  Azerbaijan.

In addition, the activities of future contractors can be aimed at  developing the potential of the Armenian media, "democracy, civil  society and the rule of law" in the country. It is planned to  allocate up to $ 150 thousand for the implementation of the  initiative, which will be overseen by the US Embassy in Yerevan