US State Department: Armenia is a transit country for drug  trafficking to Europe and Russia 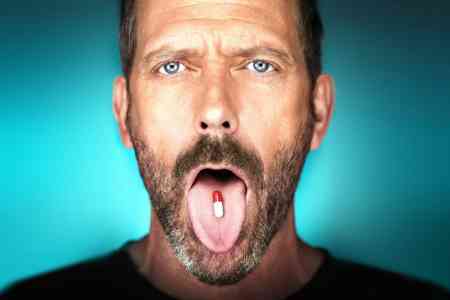 ArmInfo. Armenia as a whole is a transit country for illegal drug defense, through which flows from Afghanistan and Iran to the markets of Europe and Russia. This  is stated in the report of the International Drug Control Strategy  for 2021, prepared by the US Department of State.

"The Armenian authorities claim that opium, methamphetamine and heroin are illegal  imported mainly from Iran, "the report says, while added that the  popular revolution in April-May 2018 led to a democratic government  that created new anti-corruption institutions, but practically  nothing was voiced on the part of drug trafficking.

The State Department document emphasizes that the relevant structures  did not detain influential criminal figures associated with the drug  trade and the interception of large consignments of drugs remains a  rarity. "Due to the long- standing Nagorno-Karabakh conflict between  Armenia and Azerbaijan, for almost the entire 2020, neither Armenian  nor Azerbaijani customs services worked along the Araks River,  separating Iran from the Armenian-controlled territories of Fizuli,  Jebrail and Zangilan, which made it possible to freely transport  through these territories drugs in Armenia. After several weeks of  fierce fighting that began on September 27, Azerbaijan regained  control over these territories within the framework of a ceasefire  agreement mediated by Russia on November 10, "the State Department  added.

At the same time, the report emphasizes that from January to June  2020, Armenian law enforcement agencies investigated 552 criminal  cases involving drugs, psychotropic substances and their precursors,  which is 19 percent more than in the same period in 2019. "The number  of prosecutions in these cases, mainly Iranians, has also increased.   The authorities seized 28.2 kg of drugs, 6.9 kg of psychotropic  substances and 782 kg of grams of chemical precursors - again an  increase was recorded compared to the same period in 2019. One of the  major arrests in 2020 was the discovery of opium hidden in children's  mattresses by an Iranian citizen, the arrest of 5 kg of hidden  methamphetamine intended to be sent to Japan, 3 kg of opium hidden in  candy wrappers and 4.5 kg of heroin confiscated from the citizen  Iran, who illegally crossed the Armenian border in the direction of  the Syunik region, "the report says. At the same time, it is stated  that the United States is working with the National Security Service  of Armenia on numerous cases related to the trafficking of heroin by  major drug dealers, one of which led to the arrest of several  Bulgarian citizens and the seizure of 112 kg of heroin (in Georgia  and Bulgaria), who were in transit before the seizure.

Through Armenia. It is also reported that in November 2019, the  United States trained Armenian investigators specializing in drug  smuggling cases and is purchasing improved drug detection equipment.   In January 2020, Armenia became the 40th member of the Pompidou Group  of the Council of Europe for Cooperation against Drug Abuse and  Illicit Trafficking