Artur Vanetsyan: The opposition is not ready to go to the elections  organized by Nikol Pashinyan 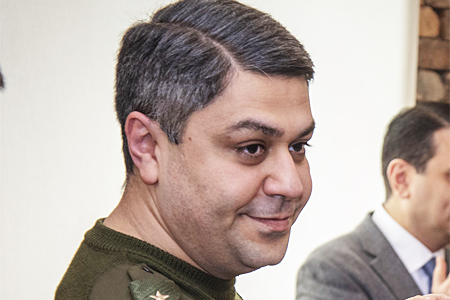 ArmInfo. Armenian Prime  Minister Nikol Pashinyan must resign, after which a transitional  government will be formed and early elections organized. The former  head of the National Security Service of Armenia Artur Vanetsyan  stated on March 1, in front of the RA Parliament building on  Baghramyan Avenue, where the rally of the "Movement to Save the  Motherland" starts at these minutes, in an interview with journalists  when asked to assess the statements on the authorities' readiness to  organize early elections.

At the same time, he stressed that the opposition is not ready to go  to the polls with Nikol Pashinyan. "We are not ready to go to the  elections organized by Pashinyan, because he is not able to organize  them properly. The rallies will continue until Pashinyan leaves, and  this day, believe me, is not far off," Vanetsyan said.

It should be noted that at this moment an opposition rally is  starting on Baghramyan Avenue, which demands the immediate  resignation of RA Prime Minister Nikol Pashinyan. Several thousand  citizens are now in front of the parliament building.

A rally-procession organized by the Prime Minister of the Republic of  Armenia is being held at the Republic Square, at which, according to  him, the readiness of "our people to defend the civil, popular,  democratic, constitutional order in Armenia and the people's power  will be confirmed." He also noted that the participants of the rally  will honor the memory of those killed on March 1, 2008.