Yerevan: Azerbaijan unleashed two large-scale wars against the right  of the people of Artsakh to self-determination 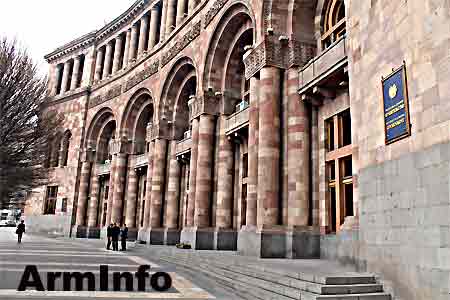 ArmInfo.Azerbaijan unleashed two large-scale wars against the right of the people of  Artsakh to self-determination, which led to the death of tens of  thousands of people. This is how the press secretary of the Armenian  Foreign Ministry Anna Naghdalyan responded to Baku's attacks on  Yerevan on the events near Aghdam in 1992.

At the same time, she stressed that Azerbaijan bears responsibility  for the hardships and losses that the peoples of the region have been  suffering for these three decades.

During the two wars unleashed against the people of Artsakh, as in  the previous period, the Azerbaijani side resorted to mass  atrocities, including ethnic cleansing and war crimes. authoritative  international organizations, in particular, the UN High Commissioner  for Human Rights, "Naghdalyan summed up.