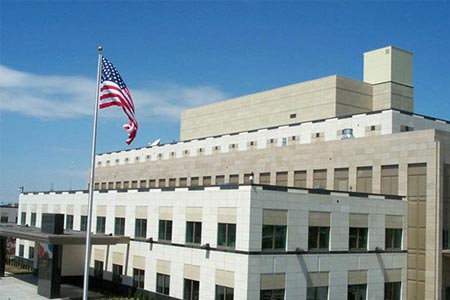 ArmInfo.. The United States commends Armenia's progress in democratic reforms. When asked by ArmInfo to express its position on the situation in the republic,  this was reported by the press service of the US Embassy in Armenia.

The American diplomatic mission stressed that the ambassador in  political circles always emphasizes the US support for democratic  institutions and processes.

The Ambassador regularly underscores U.S. support for democratic  institutions and processes in her engagements across the political  spectrum. The United States is committed to supporting Armenia’s  reform agenda and anti-corruption efforts, based on such shared  values.  The United States commends Armenia for the progress it has  made on democratic reforms.  Free speech is a cornerstone of any  democracy, and we encourage Armenia to address challenges in the  information space in line with international best practices.

Earlier, in the media, unverified information was circulated that,  due to the activation of the opposition, the US Embassy in Armenia  allegedly warned representatives of all political forces through  diplomatic channels that any attempt to overthrow the legally elected  government would be severely condemned by the United States, and the  organizers of a possible coup would be deprived of international  legitimacy.