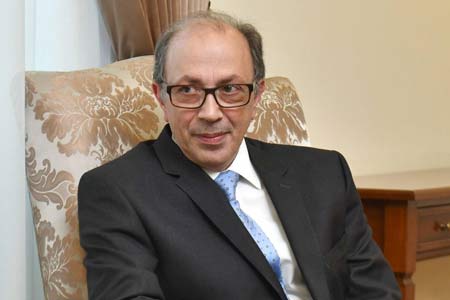 ArmInfo. On February 24, Foreign Minister of Armenia Ara Aivazian participated and delivered remarks at the "Alliance for Multilateralism" virtual Ministerial meeting chaired by Germany and France. Ministers of Foreign Affairs of more than 40 countries participated in the meeting, the press service of the Armenian Foreign Ministry informs.

Minister Aivazian expressed his gratitude to the organizers for initiating the meeting, expressing confidence that it is a good opportunity to touch upon the challenges that multilateralism encounters and the ways to overcome them.

The Foreign Minister of Armenia briefed the participants on the situation resulting from the war unleashed by Azerbaijan against Artsakh, emphasizing that this aggression is partly a result of the crisis of multilateralism, failure of international order to deter the use of force by irresponsible actors and their enablers. "In blatant breach of international humanitarian law and totally ignoring key tenets of multilateralism, Azerbaijan resorted to the use of force as a means for conflict resolution, thus also violating basic human rights of the people of Artsakh, including their right to self-determination.

Many instances of war crimes, including of environmental nature by Azerbaijani armed forces were registered. The dire consequences of this aggression are still to be addressed as Azerbaijan continues instrumentalization of humanitarian issues such as the return of prisoners of war, delivery of humanitarian assistance and protection of the Armenian cultural heritage."

In his speech Ara Aivazian touched upon the issue of the military application of artificial intelligence, particularly noting that the use of cutting-edge technologies to create "killer robots" or drones has led to devastating impacts:  "Azerbaijan utilized such technologies to bomb a cathedral of Armenian historical town of Shushi and a maternity hospital among other civilian infrastructures in Nagorno-Karabakh. These facts come to prove yet again that the international control of the military application of AI should be prioritized."

One of the issues on the agenda of the virtual meeting was the ways of addressing the COVID-19 pandemic and climate change. "Armenia will continue advocating for a regional and international multilateral cooperation to address these and other global challenges"- the Foreign Minister of Armenia noted.