Humanitarian cargop, derived from France, not related to such  formations 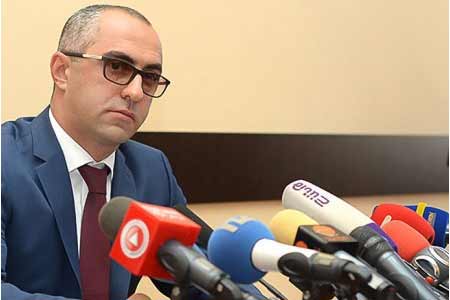 ArmInfo.The humanitarian group, derived from France, not related to the local formations, was founded on February 24 by the journalistic chairman of the Committee  on State Revenue, RA Edward Ovannisyan.

According to that word, in its entirety, in the period of military   activities in relation to all the Georgians, who were in power in   Armenia, there was no such thing as a problem, related to their  local formation. Humanitarian group from France submitted to Armenia  a public organization, and, in accordance with the legislation of the  Republic of Armenia, a group of citizens submitted to present some   documents, in the first instance, a declaration with all documents.

This is necessary for the start of the process. In this case, as the   head of the KGD, the declarant did not present such a document. Let   me remind you that the humanitarian group, originally from France,  could not land in Armenia for two months.

With the help of charity organizations Armenian "Charjum", living in   France, lying in storage. The members of the organizations complain   about this, and the Armenian citizens complain about the details.   The Committee on Governmental Income of Armenia clarified that at   this time many and many others had not been formed competent  education documentation on the safety of medicines and products. In  the committees, which are all organizations, in that volume and in  the entire diaspora, they spoke about the necessities of such a  solution. The committee asked the brokerage companies to show free  services through the local intermediary. Help was also shown and   after the formation of a high-level dismissal, the group proceeded   by appointment.