Former NSS Director of Artsakh on Iskanders that did not work: Eggs always interfere with a bad dancer 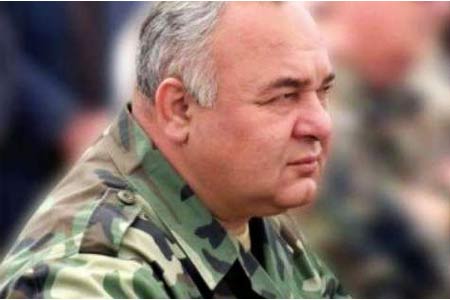 ArmInfo. "For a bad dancer,  eggs always get in the way." This is how the former director of the  NSS of the Nagorno-Karabakh Republic, Lieutenant General of the  Armenian Armed Forces Arshavir Garamyan reacted to the assertions of  the Prime Minister of Armenia Nikol Pashinyan that Iskander OTRK was  used in the autumn war in Karabakh, but it worked by 10%.

Garamyan stated that the answers to the questions asked by  Pashinyan "can answer why the released Iskander (rocket) did not  explode or exploded, for example, by 10%?" were given by the command  of the missile and artillery wax of the Armed Forces of the Russian  Federation. "For a bad dancer, eggs always interfere," Garamyan  quoted the Russian military as saying.

It should be noted that the day before, responding to the statements  of the third RA President Serzh Sargsyan that he was surprised why  the Iskander was not used on the 3rd or 4th day of the war, Armenian  Prime Minister Nikol Pashinyan in an interview with the 1in.am portal  made a response question: " Can he (Serzh Sargsyan - ed.) Answer why  the fired Iskander did not explode or, for example, exploded by 10%?  "

When asked by the host, what is possible, Pashinyan retorted: "I  don't know. Maybe because it was a weapon of the 80s?"

Meanwhile, Russian military experts, when asked by ArmInfo to tell if  it is possible, in principle, that the Iskander OTRK worked by 10%,  noted that this is impossible.

"According to the technical characteristics, it is impossible for the   rocket to fire by 10%. The Iskander missiles will either not work at   all when launched, or the warhead will detonate. And a similar  scenario - that is, if the missile does not work - can happen due to  improper or illiterate use of the complexes ", - the experts  unanimously noted.

It should be noted that "Iskand? R" is a family of Russian  operational-tactical missile systems (OTRK):  Iskander, Iskander-M,  Iskander-K, Iskander-E. Developed by the scientific and production  corporation "Design Bureau of Mechanical Engineering" (KBM) in the  city of Kolomna, Moscow region.  The main purpose of the Iskander  missile systems is to destroy enemy air and missile defense systems,  as well as the most important objects covered by them, at ranges of   up to 500 km. For the first time, the Iskander missile system was   presented in August 1999 at the International Aviation and Space   Salon (MAKS) in the city of Zhukovsky, Moscow Region.

Serial production of "Iskander" began in 2006. And Armenia acquired   the Iskander complex in 2016. It is also worth noting that Armenia   is the only state to whom the Russian side has sold these complexes.   It is also worth noting that, according to Western analysts, the  Iskander OTRK, along with such air defense systems as the S-400 and  Bastion-class coastal anti-ship complexes, plays a key role in the  concept of the Russian Armed Forces, known in the West as the "ban   access ", which means that NATO troops cannot be located and move   within the range of the systems of the exclusion zone A2 / AD  without the risk of unacceptable damage. According to The National  Interest, the Iskander OTRK is the most dangerous weapon of the RF   Armed Forces, since it has a very low barrier for non-nuclear use,   and the long range of missiles and their ability to penetrate   missile defense can immediately lead to enormous damage in the event  of Iskander strikes on airfields, logistics centers and the like.  Experts compare the massive use of the Iskander OTRK in terms of the  scale of damage with the consequences of the NATO bombing.

Note that, according to the information circulated in the media,  Iskander was used only at the end of hostilities in the zone of the  Nagorno-Karabakh conflict near the city of Shushi.