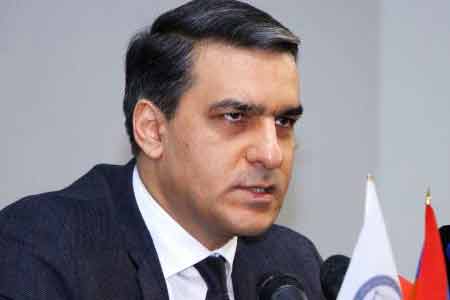 ArmInfo. The Azerbaijani authorities are artificially dragging out and politicizing the  process of returning Armenian prisoners of war in order to inflict  mental suffering on the Armenian society, especially the families of  prisoners of war, and create tension in country.

Human Rights Defender Arman Tatoyan stated this yesterday during a meeting with  the EU Special Representative for the South Caucasus and the Crisis  in Georgia Toivo Klaar. The meeting was also received by the head of  the EU delegation to the RA, Ambassador Andrea Victorin, the office  of the RA Ombudsman reports.

During the meeting, Arman Tatoyan raised the issue of the urgency of  returning the prisoners of war and civilians detained in Azerbaijan  to the Armenian side.

The defender presented serious human rights problems in the post-war  period, which arose in connection with the process of defining  borders, which are moving at an unacceptable speed under the obvious  threats of war from Azerbaijan against the population of Armenia.  Arman Tatoyan emphasized that this process not only did not stop, but   also received new manifestations of hatred towards Armenians and   incitement to hostility in Azerbaijan.

During the meeting, the Defender highly appreciated the cooperation  with the EU Delegation to Armenia and, in particular, noted the joint  work in the format of dialogue on human rights and a number of other  programs. The Defender reaffirmed his commitment to work together to   improve the level of human rights protection in Armenia with the  support of the EU.

The EU delegation, in turn, stressed the role of the Human Rights  Defender of Armenia in protecting human rights.

At the end of the meeting, the parties outlined new areas of joint  work.