Ambassador: Belarus is ready to make all its efforts, supporting  Armenia for the return of prisoners of war 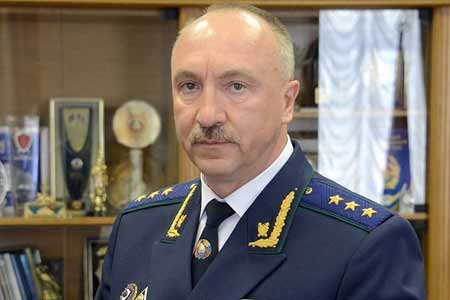 Congratulating the Ambassador on his appointment, the NA President  expressed confidence that the Ambassador would have his contribution  to the further deepening of the partnership relations between Armenia  and Belarus. The President of the National Assembly noted that the  launch of the Ambassador's tenure coincided with post-war period.  Touching upon the suspension of the military actions in Artsakh, the  Speaker of Parliament has noted that for completely calling into life  the tripartite statement it is necessary that the Azerbaijani side  would urgently return all prisoners of war and other captive persons.  Mirzoyan expressed conviction that on this occasion the official  Minsk would have its equivocal viewpoint and would try to promote the  urgent return of prisoners of war.

Expressing his gratitude for reception, Ambassador Konyuk has assured  that he is ready to use all his forces for deepening of the  Armenian-Belarusian relations. He has highlighted the maintenance of  the ceasefire agreement in Artsakh and that Belarus is ready to make  all its efforts, supporting Armenia for the return of prisoners of  war.  During the meeting the sides discussed issues on activation of  cooperation between the parliamentarians of two countries both on  bilateral and multilateral platforms.