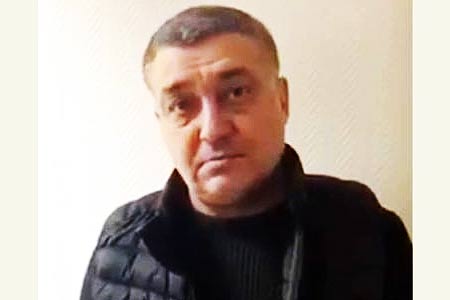 ArmInfo.The court chaired by Tatevik Grigoryan rejected the lawyers' petition to change the preventive measure against former MP from the Republican Party of  Armenia Levon Sargsyan, known by the nickname "Alraghatsi Lyovik".

The defense has previously submitted a petition to release Sargsyan  on bail. Moreover, the lawyers also suggested that the court set the  amount of the bail itself.

As the NSS previously reported, Sargsyan ordered the robbery on the  house of former head of the state customs committee Armen Avetisyan  in October 2008. According to the results of searches carried out in  2018 in the mansion and apartment of Sargsyan, weapons and ammunition  were found.