Minister: More effective mechanisms of social assistance will be  introduced in Armenia 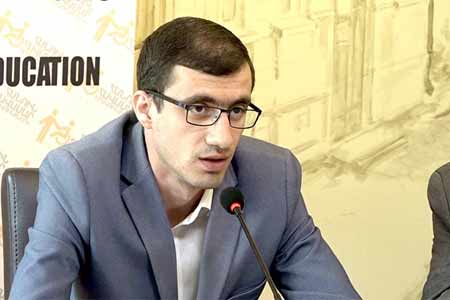 ArmInfo. More effective mechanisms of social assistance will be introduced in Armenia, in line with the policy of the RA government. The executive body at a  meeting on January 27 approved amendments to the law "On social  assistance" and in a package of related laws.

According to the Minister of Labor and Social Affairs of the Republic of Armenia  Mesrop Arakelyan, the government in its activities has chosen the  policy of integrated social assistance, which should be based on the  assessment of social needs. The current regulations provided for the  creation of integrated public social services. In particular, of the  four structures - social security, family allowance, disability and  employment, the last three are combined into a single integrated  service. The structure dealing with social security was not affected  by the innovation, since it was about a large group of pensioners.

However, the minister continued, based on the results of the  research, a more effective mechanism is proposed, according to which  it is envisaged to create a unified social service covering all four  structures, which will work on the principle of a single window in  one office. The system will begin to be implemented from April 2021.

In turn, the RA Prime Minister noted that the amendments to the  legislation are aimed at alleviating the burden of citizens, so that  they do not go from one institution to another.