In 2020, the report of the Committee to Protect Freedom of Expression  was the largest in history 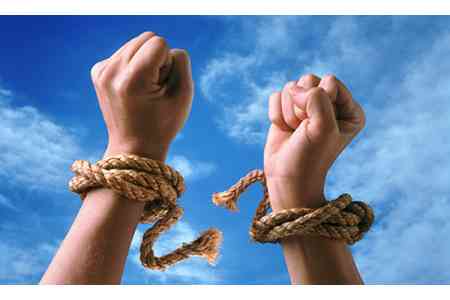 ArmInfo. In 2020, the report of the Committee to Protect Freedom of Expression was the largest in history. Chairman of the Committee Ashot Melikyan announced this at a  press conference on January 26.

In this regard, he stressed that 2020 was full of challenges and  trials, which was mainly due to the restriction of media activities  in connection with the state of emergency declared due to the  coronavirus pandemic and the numerous difficulties and obstacles for  the media during the war in Artsakh.

"The biggest concern was that the decision to ban media publications  was taken by the police. But the police are not the body that should  deal with such issues," he said. In this vein, Melikyan noted that by  the end of 2020, 13 media outlets were fined for 700 thousand drams,  in addition, a case of imposing a fine on media in the amount of 1.5  million drams, due to refusal to delete the publication, was  registered.

In particular, the head of the Committee said that during the state  of emergency declared in the conditions of Covid-19, 32 requests were  sent to the media to remove publications.

In total, at the end of 2020, 273 cases of violation of the rights of  the media and journalists were registered, of which 6 relate to  physical violence (4 - during opposition protests, 2 - during  hostilities from the opposing side), 177 cases of various pressure on  journalists and the media (against 134 last year) and cases of  violation of rights to receive and disseminate information, there are  about 90 (against 108 in 2019).

At the same time, Melikyan said that 72 lawsuits were filed against  journalists in 2020 (against 96 a year earlier). "All this is due to  a large extent to the polarization that took place in the media," he  stressed.