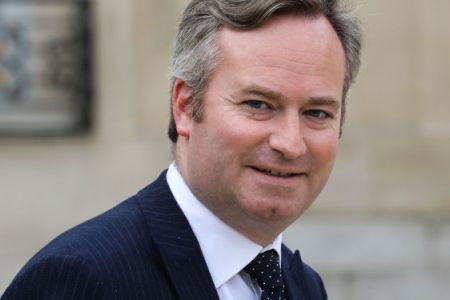 ArmInfo. Jean-Baptiste Lemoyne, Secretary of State to the Minister for Europe and Foreign Affairs of France will arrive in Yerevan on January 27. He arrives in  Armenia on a two-day working visit. Meetings with the Armenian  authorities are planned, the press service of the French Embassy in  Armenia reported.

As part of his visit, the Secretary of State will visit the  construction site of the future building of the Anatole French  International School.

The visit to the construction site will take place on January 27.  By  the decree of the Government of the Republic of Armenia dated July 2,  2020, the building of the former school N16 was transferred to the  French International School named after Anatole France for free use.   As noted in the message With this gesture, the Armenian government  made a great contribution to the relations between France and Armenia  and demonstrated its commitment to the ideas of Francophonie.

The French International School named after Anatole France provides  education from kindergarten to grade 12 (high school) in accordance  with the programs of the Ministry of Education of the French  Republic. It is a member of the French Agency for Education Abroad's  global network of 522 schools in 139 countries with 370,000 students.    The name of the school pays tribute to Anatol France (1844-1924),  writer, Nobel laureate, founder of the Human Rights League, great  defender and promoter of the Armenian people.