Nikol Pashinyan: Attempts to politicize the judicial system are  unacceptable 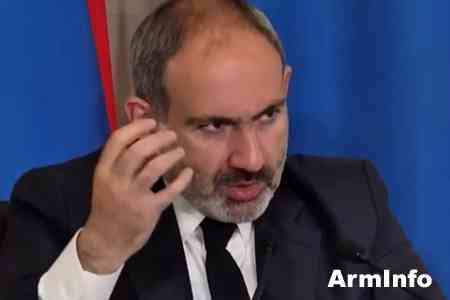 ArmInfo. Armenian Prime Minister Nikol Pashinyan held consultations at the Ministry of Justice. He announced this on his Facebook page.

The Prime Minister, in particular, noted: "We have recently made  efforts to reform the judicial system. The results of these reforms  are not immediately visible, but I am sure that by consistent steps  we will be able to achieve the task set before us - the formation of  an independent and fair judicial system.

We have recently witnessed attempts to politicize the judicial  system, which, of course, are unacceptable and undermine the very  idea of a judicial power and justice. In this regard, we must develop  mechanisms that will not only eradicate such phenomena, but also  prevent them in the future>.