President of Karabakh: Even in the current difficult conditions, the  struggle for international recognition of the independence of Artsakh  will continue 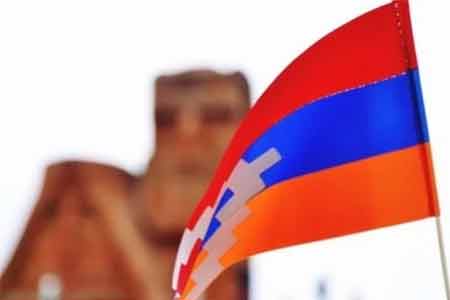 ArmInfo. On January 26, President of Karabakh Arayik Harutyunyan visited the newly  established  Ministry of Internal Affairs and introduced him to the  personnel of Minister Karen Sargsyan.

As reported by the press service of the head of Artsakh, the  President thanked the staff of the State Emergency Service and the  Karabakh Police, which became part of the Ministry of Internal  Affairs, for their excellent service during the difficult period of  the war, stressing that these bodies perform important functions in  peacetime. According to the President, the official and social issues  of the department employees will always be in the focus of the  government in order to create favorable conditions for the proper  performance of their duties.

During the meeting, Arayik Harutyunyan also touched upon the post-war  situation and restoration work, stressing that Artsakh will have to  go through a difficult and long way to restore and strengthen the  country, a country in which all Artsakh people will see the future,  and in which they will live and create. Touching upon the status of  the republic, Arayik Harutyunyan stressed that even in the current  difficult conditions the struggle for international recognition of  the independence of the Republic of Artsakh will continue, and any  other status within Azerbaijan simply impossible and unacceptable.