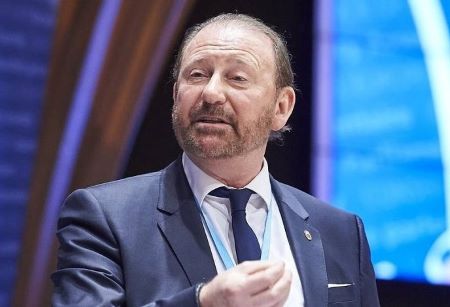 ArmInfo. Members of the  Parliamentary Assembly of the Council of Europe (PACE) voted for the  re-election of current President of the organization, Belgian Senator  Hendrik Daems.

The Belgian senator headed the PACE from the winter of 2020. The head  of the assembly is elected for a year with the possibility of renewal  for the same term. By tradition, the re-election of the PACE  President is held without discussion, almost automatically. The  nomination of candidates from a particular political group is carried  out on a rotating basis.

Daems has been taking part in the meetings of the assembly since  2007. From 2017 until his election as PACE President, he headed the  political group Alliance of Liberals and Democrats for Europe (ALDE).   Since August 2020, he has led the Open Flemish Liberal Democrats  (Open VLD) political group in the Belgian Senate. In addition to his  work in the Senate, the politician holds senior positions in a number  of Belgian-Chinese investment funds created with his participation.  His portfolio also speaks of participation in the wine business: he  is the majority shareholder of the Belgian VINOBELGA company, which  produces wine and brandy, TASS reports.