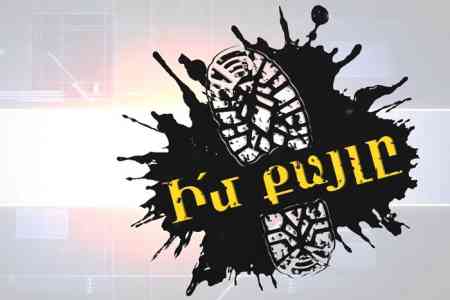 ArmInfo.  The ruling faction "My  Step" criticized the opposition for refusing to participate in  discussions and voting on the election of new members of the Supreme  Judicial Council.

Head of the Committee on State and Legal Affairs Vladimir Vardanyans  from the rostrum of the parliament said that today an extremely  important issue is being discussed in the parliament, and he does not  understand the stubbornness of the opposition and the boycott of the  meeting. <I know Gagik Jhangiryan, he was my teacher. I am very glad  that he will have the opportunity to serve Armenia. A lot can be said  about Jhangiryan, but only positive. We do not need a representative  of the ruling faction in the Supreme Judicial Council, we need a  person who can carry out his duties responsibly," Vardanyan said.

He stressed that the reforms in the judicial system of Armenia are  very important, since the Armenian public does not have confidence in  the judicial power. Jhangiryan wants to change the situation, but the  opposition does not even want to get acquainted with his position and  approach. I don't understand such behavior," Vardanyan stressed,  expressing regret that the opposition left the parliamentary session  hall, calling it an irresponsible step.

Other MPS from the "My Step" faction expressed themselves in a  similar spirit, Gagik Jhangiryan himself expressed his regret over  the absence of opposition.

To note, the "Prosperous Armenia" and "Bright Armenia" opposition  factions boycotted today's sitting of the RA National Assembly. The  PAP secretary stated that the faction does not intend to accept the  discussion with a secondary agenda. In turn, MP from "Bright Armenia"   Taron Simonyan stated that the government deprived the opposition of  the opportunity to participate in the reform of the judicial system  without consulting it.