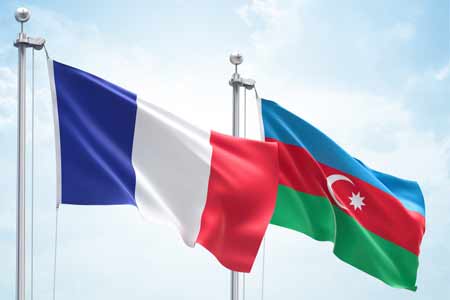 ArmInfo. A telephone conversation took place between Azerbaijani Foreign Minister Jeyhun Bayramov and French Foreign Minister Jean-Yves Le Drian.  As reported  by Azeri Foreign Ministry, the ministers exchanged views on the  latest situation in the region, including on the implementation of  the statements signed by the leaders of Azerbaijan, Russia and  Armenia on November 10, 2020 and January 11, 2021.

They discussed the current state of bilateral relations between  Azerbaijan and France and stressed the importance of continuing the  dialogue in this area.

It is worth noting that the day before, the head of the French  Foreign Ministry held a telephone conversation with his Armenian  counterpart Ara Aivazian, with whom a wide range of issues of mutual  interest were discussed, including the current situation in  Nagorno-Karabakh, as well as the fate of prisoners and hostages who  are currently under the jurisdiction of Azerbaijan.