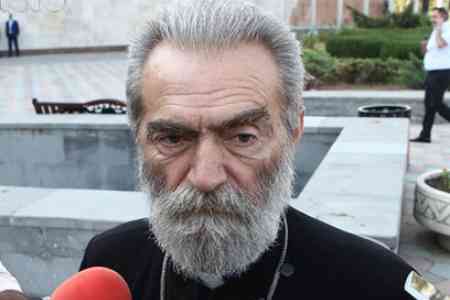 ArmInfo. Archbishop Pargev Martirosyan has been relieved of his post as leader of the Artsakh Diocese of the Armenian Apostolic Church. This was reported by the  press office of the Mother See of Holy Etchmiadzin. The source notes  that the archbishop has been appointed by the patriarchal  representative for special assignments.

To recall, on November 16 it was reported that father Pargev had a  heart attack. He underwent surgery in the United States.