My step: The ruling faction proposes to the opposition to go to early  elections without preconditions, the conditions are always set by the  opposition 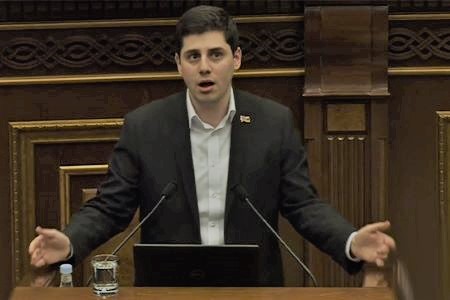 ArmInfo.The ruling faction proposes to the opposition to go to early elections without  preconditions, the conditions are always set by the opposition. Suren  Grigoryan, a member of the "My Step" bloc, said this during a  briefing in parliament.

He noted that the authorities are proposing to the opposition to sign  a memorandum, according to which, after the resignation of Prime  Minister Nikol Pashinyan, another candidate for prime minister will  not be nominated.

"We just suggest that the opposition behave honestly. If they  nominate Vazgen Manukyan or anyone else for the post of Prime  Minister, then the opposition believes that he will be elected. We  propose to hold early elections. The opposition's statements that  their prime minister will hold elections in a year do not suit us.  This is their agenda, not ours, "said Grigoryan.

The MP also said that over the past 2.5 years, the opposition has  always stated that its opinion is not taken into account, and now,  when the authorities are proposing to do everything the way they  want, the opposition does not agree.

"If the opposition questions the legitimacy of the current  government, we suggest holding elections. How else can you check who  the people want to see at the helm of power?  Only through elections.  Power in Armenia belongs to the people and we will not let it be  taken away from the people, "Grigoryan noted.