PM: Opposition endangers life and safety of Armenian prisoners of war  with its speculations 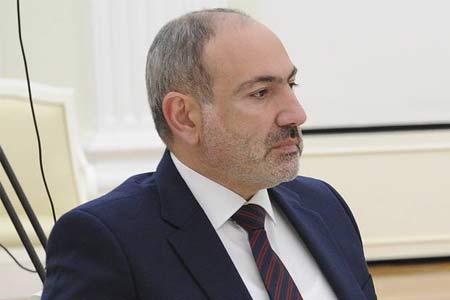 ArmInfo. Over the past few years, never have so many prisoners of war returned to Armenia. Armenian Prime Minister Nikol Pashinyan stated this from the rostrum of the  parliament.

The Prime Minister said that there were prisoners in Azerbaijan for  many years, both under the current and former authorities. However,  this issue has never been discussed so actively in parliament.  Pashinyan stated that it is unacceptable to manipulate such an issue.

"Now everyone is demanding the resignation of the government due to  the fact that not all prisoners of war have returned to Armenia. And  why did no one demand the resignation of the government before? I  cannot understand what the political forces that are constantly  raising this issue want. Returns of prisoners of war, or simply in  this way they are trying to gain dividends.

Recently, unfortunately, I see the opposition's actions that prevent  the return of prisoners of war. With its speculations, the opposition  is putting the safety and life of the prisoners at risk, " the prime  minister concluded.